Going into an interview can always cause you to be unease, whether you’ve done it many times or it’s your first. It is not always easy to sell yourself while you remain composed, especially when you don’t know the people you’re talking to.

While there are different kinds of advice around, here are a few things NOT to do in your next interview.

Companies provide you a lot of information both about them and what they expect. You must read it and then do your own research. Going into the interviw with only basic knowlegde of the company doesn’t show them that you really want the job. Instead,  it signals that you don’t care enough to put in the effort to find out more about the company.

If you’re not sure what to ask, keep it simple. Ask about the culture of the company or what is expected of the one who takes up the vacant position. The point is to engage in the conversation so it’s not one-sided.

Pretend You Know an Answer When You Don’t

If you’re asked a question you don’t know the answer to, do not make one up or act as if you know. Instead, use this as an opportunity to show you can be humble and how you would handle yourself if a similar situation came up on your team or with a client or manager.

An interview is your opportunity to show a company and the hiring team your personality. While it’s important to give it your best shot, it’s equally as important to be yourself.

In the same vein as being yourself, don’t complicate your speech with jargon.Speak how you normally would in a professional setting. Be direct but kind and don’t include anything irrelevant in your speech.

So, the next time you’re preparing for an interview, which you should always do, consider these as what NOT to do. Then, go into your interview confident, capable, and as the best version of you. 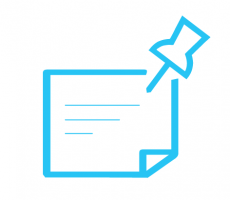 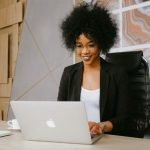 Become a Brand, not an Employee